127,000 of UK 2020 weddings have been cancelled or postponed to 2021 because of the current pandemic. The highest rates of wedding cancellations were seen in the south of England, with 43% of weddings cancelled in the Greater London area, followed by South West England (42%), the East of England (39%) and South East England (37%).

If your business lost 43% of its turnover, but you still had to cover your business overheads, including employee’s wages would your business be struggling? The majority of Bridal Retailers would be.

Stephanie has over 25 years’ experience in the UK bridal industry. She owns two bridal shops in the East Midlands. In her words “I’ve never known anything like this. It’s Armageddon!”.

Stephanie was at her wits end when she phoned Metis HR. Six months of restrictions on who can attend weddings, travel restrictions cancelling weddings being held abroad and the enforced closure of bridal shops as non-essential retail cancellations, were giving her sleepless nights. Few businesses carry the sort of reserves needed to sail through the impact of COVID without any concerns.

Stephanie had 6 employees in her two shops. One shop was doing a little better than the other, but two thirds of her employees had been on furlough since March and not been to work at all. The other third were back on various part time rotas, using flexible furlough payments to top up pay. The big problem for Stephanie was what to do from 1 November 2020 when furlough payments disappear. She wasn’t convinced that the new Job Support Scheme would be as supportive as she’d hoped.

Stephanie had ideas about what she wanted to do. She knew that she had to reduce costs. She thought that she was probably looking at having to make people redundant, but she knew from personal experience that getting that process wrong could be very costly in an Employment Tribunal.

We asked Stephanie a lot of questions about her business,

The conversation was wide ranging, in some parts, quite sensitive and personal. Stephanie, like most people who’ve built a business from the ground up, was in pain. She knew the magnitude of the decisions she was considering on the lives of her employees and on the survival of her business. The more we spoke, the more Stephanie said she could see that she had options. She could see potential ways out that would mean her shops were likely to survive and be able to respond to the anticipated upsurge in trade in the middle of 2021.

We talked to Stephanie about the importance of considering the viability of posts when thinking about redundancies, not picking individual people to be made redundant. Business owners are allowed to place objective criteria on the selection of people to retain in their business. It makes business sense that we retain the most highly skilled and most effective employees in our businesses if we want the best chance of surviving and thriving.

Stephanie jumped then to the part where she was telling people what was going to happen. By talking with her we helped Stephanie understand the importance of consultation in any redundancy programme, consulting on proposals not consulting on decisions.

Together with Stephanie, we put together a plan. The plan was to deliver a fair and objective redundancy process that she could consult with her employees on. As Stephanie said, “My skill is selling wedding dresses and making brides feel special.  Your skill is doing this consultation and redundancy process right and making sure that I don’t inadvertently make a mistake that puts my business at more risk”.

We were pleased to be able to support Stephanie to achieve what she needed to achieve. She reduced the number of employees by 67%. As she heads into the quiet Christmas period without the summer revenue as a cushion this was a key objective for her.

Redundancies, especially in small teams, are awful. Stephanie was struggling with putting employees out of work who had done nothing wrong, but she knew she needed to do it. She just didn’t know how to do it safely. That’s where Metis HR came in to support her to advise on HR in the Bridal Retail Sector.

Would you like to discuss HR in the Bridal Retail Sector?

Do you have an HR problem that you feel you need to get some advice about?

We don’t charge for an initial conversation. Call us now on 01706 565332, or use the contact form. Good advice saves you time, money and reputation. 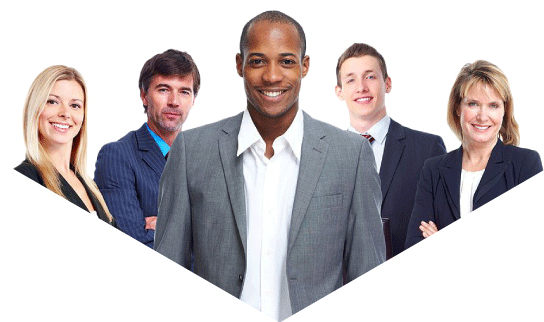